Basukinath is the 2nd most famous Mandir in and around Deoghar. It is located route from Deoghar to Dumka. It is said that Basukinath Mandir is the court of Baba Bhole Nath. At Basukinath Dham Shiva and parvati Mandir are just in front of each other. In Evening when gates of both the temples are opened then the devotees are suggested to move away from in front of the gates as there is a belief that Lord Shiva and Mata Parvati meet each other at this time. Basukinath is one of the most ancient Mandir. There are many other small Mandir of different Gods and Goddesses also in the same compound.

Dev Sangha Math, also known as Dev Sangha Ashram  is one of the divine associations present in the region. The site is located at a distance of Approx 2 km. from Deoghar Railway Station and 3 km from Deoghar Temple.

The beautiful blend of Bengali architectural style can be witnessed in the Nava Durga Temple, which is located inside Dev Sangha Math. Constructed in 1955 the temple has a beautiful idol of Goddess Durga. Apart from this, the temple also houses images of Krishna , Annapurna and Maheshwara.

The site is frequently thronged by  devotees and tourists  during Durga Puja celebrations. Besides , the math also has a huge statue of its founder  Narendra Nath Brahmachary , installed within the premises.

Dolmanch is a Swing made of Stone located in the Market Deoghar Jharkhand (Previous Bihar). It is on the first floor of Rasraj Sweet House.

Every Full Moon Night idols of Radha and Krishna are swung here . It is also famous for Holi Celebrations with heavy crowd gathering each year to celebrate Holi with Radhe-Krishna.

Many pilgrims visit the place and celebrate the unique swing festival with lot of pomp and fanfare.Auto rickshaws are available to reach this place from any corner of the town.

Harila Jori is situated to the north of  Deoghar Approx 5 km away from the Baidyanath temple. The site has a Shiva Temple with an old lingam which is replete with a number of legends. During the ancient days, the place was overgrown with Haritaki trees. According the heresay goes that the Shivlinga in the temple is believed to have sprouted up from beneath a yellow Myrobalan Haritakai tree because of which it is also called "Haritakinath".

It was further fabled that here is the place where Ravana handed over the lingam to Lord Vishnu disguised as a shepherd and went for natures call. A stream flows here and is known as Ravana Jori. The heresay further runs that both Shiva and Vishnu met here - hence the name Harila Jori. Next the temple is the Shool Harini stream by whose side you can have a couple of tranquil moments to yourself, after you rendezvous with the divine.

Harila Jori is connected to Deoghar by the Ranchi - Dumka State Highway. The temple lies Approx 2 kms off the highway. It can be easily reached on hired vehicles and local transport from Baidyanmathdham

Baiju Temple is a collective name for 3 Hindu temples. These temples are located to the western part of Baba Mandir Complex. The temple is situated in the main market of  Deoghar. These temples were built by the heir of main priests of Baba Baidyanath Temple. The common feature of these temples is that each temple has a huge Shivalingam inside its premises.

According to the Hindu mythology,  Baiju, a boy of Bhil Trible, was imparted knowledge by Lord Vishnu about the worshipping of Bhagwan shiv.  Lord Vishnu  told him to pour holy water on Shivalingam for commencing Puja. After a long search, when he did not find any pot for collecting water, he filled his mouth with holy water and poured it upon the Lord Shivalingam. Lord Shiva got impressed with the simplicity of this boy and appeared to him. Since then the temple is known by the name of that boy of Baiju.

Sultanganj is a village in Bhagalpur district of Bihar, 109 km away from Babadham. It is situated close to the Ganges, near a railway station by the same name. Sultanganj is conspicuous for two great rocks of granite, one of which on the river bank is crowned by Musalman mosque. The second and larger one is occupied by a temple of Ghaibinath Siva, and is a place of great holiness in the eyes of Hindus. The river here impinges on a stone cliff and this is believed to be the scene of the love of River Nymph and Lord Shiva.

Close to Sultanganj railway station are extensive remains of Buddhist monasteries, where a number of figures have been exhumed, and nearby is a fine old Stupa.

The tradition runs that a devotee or sanyasi named Harinath, who had forsaken the pleasures of the world, dwelt here at one time. He used to make pilgrimages to the shrine of Baidyanath at Babadham until, at last, God informed him in a dream that he would have no further occasion to go so far, as on his return to this island rock he would find an image there to which he may address his prayers. He found the promised idol awaiting him at Sultanganj and founding a convent of devotees. He became its first mahant. Almost everyone who comes to bathe at Sultanganj visits the place, and carries up a vessel of water to pour over the image. 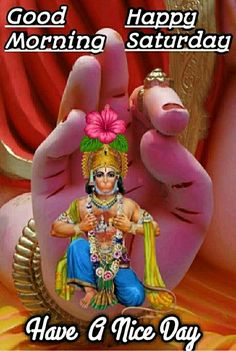