The Livestock Insurance Scheme, a centrally sponsored scheme, which was implemented on a pilot basis during 2005-06 and 2006-07 of the 10th Five Year Plan and 2007-08 of the 11th Five Year Plan in 100 selected districts. The scheme is being implemented on a regular basis from 2008-09 in 100 newly selected districts of the country. Under the scheme, the crossbred and high yielding cattle and buffaloes are being insured at maximum of their current market price. The premium of the insurance is subsidized to the tune of 50%. The entire cost of the subsidy is being borne by the Central Government. The benefit of subsidy is being provided to a maximum of 2 animals per beneficiary for a policy of maximum of three years. The scheme is being implemented in all states except Goa through the State Livestock Development Boards of respective states. The scheme is proposed to be extended to 100 old districts covered during pilot period and more species of livestock including indigenous cattle, yak & mithun.

The Livestock Insurance Scheme has been formulated with the twin objective of providing protection mechanizm to the farmers and cattle rearers against any eventual loss of their animals due to death and to demonstrate the benefit of the insurance of livestock to the people and popularize it with the ultimate goal of attaining qualitative improvement in livestock and their products.

Guidelines for Implementation of Livestock Insurance Scheme:
Livestock Sector is an important sector of national, especially rural economy. The supplemental income derived from rearing of livestock is a great source of support to the farmers facing uncertainties of crop production, apart from providing sustenance to poor and landless farmers.

For promotion of the livestock sector, it has been felt that along with providing more effective steps for disease control and improvement of genetic quality of animals, a mechanism of assured protection to the farmers and cattle rearers needs to be devised against eventual losses of such animals. In this direction, the Government approved a new centrally sponsored scheme on Livestock Insurance which was implemented on pilot basis during the 10th Plan. From 2008-09 onwards, the scheme is being implemented as a regular scheme in the100 newly selected districts till the end of 11th Five Year Plan i.e. 2011-12. The broad guidelines, subject to the plausible discretion of the Chief Executive Officers to be followed by the States for implementing the scheme are detailed below:-

Implementing Agency:
Department of Animal Husbandry, Dairying & Fisheries is implementing the Centrally Sponsored Scheme of National Project for Cattle and Buffalo Breeding (NPCBB) with the objective of bringing about genetic up-gradation of cattle and buffaloes by artificial insemination as well as acquisition of proven indigenous animals. NPCBB is implemented through State Implementing Agencies (SIAs) like State Livestock Development Boards. In order to bring about synergy between NPCBB and Livestock Insurance, the latter scheme will also be implemented through the SIAs. Almost all the states have opted for NPCBB. In states which are not implementing NPCBB or where there are no SIAs, the livestock insurance scheme will be implemented through the State Animal Husbandry Departments.

Executive Authority:
The Chief Executive Officer of the State Livestock Development Board will also be the executive authority for this scheme. In those states where no such Boards are in place, the Director, Department of Animal Husbandry will be the Executive Authority of the scheme. The CEO will have to get the scheme implemented in various districts through the senior most officer of the Animal Husbandry Department in the district; the necessary instructions for this purpose will have to be issued by the State Government. The Central funds for premium subsidy, payment of honorarium to the Veterinary Practitioners, awareness creation through Panchayats etc. will be placed with the S.I.A. As Executive Authority of the scheme, the Chief Executive Officers will be responsible for execution, and monitoring of the scheme.

The main functions of the CEO will be:-
Managing the Central funds carefully and in accordance with instructions issued by the Department of Animal Husbandry, Dairying and Fisheries, Government of India.
Calling quotations from the insurance companies for implementing the scheme, carrying out negotiations with them and selecting suitable company (companies).
Signing the contract with the selected insurance company/companies.
Payment of subsidy premium to the Insurance Company (including advance, if any and its subsequent adjustment).
Preparing district wise list of veterinary practitioners (Government/Private) and providing the same to the insurance company and also to concerned Panchayati Raj bodies.
Creating awareness among the general public as well as the officials whose services may be required for implementation of the scheme.
Carrying out field inspections and also facilitating field inspections by Central teams.
Release of funds to the District Officers in charge of the Department of Animal Husbandry for payment of honorarium to the Veterinary Practitioners.
Regular monitoring and preparation of reports for submission to the Central/State Governments.
Such other functions necessarily required for efficient implementation of the scheme.

The Principal Secretary/Secretary in-charge Animal Husbandry of the State Governments/Director of State Animal Husbandry Department will ensure availability of sufficient infrastructure in terms of manpower and other logistic support to the CEO/District level officer, needed for effective implementation of the scheme. (The exact name, designation, address of CEO/District Officer in-charge for Insurance work will be made available to Central Government and same will be prominently displayed on important places within the district and especially in the rural areas of the district. Any change in the name and designation of CEO will also be properly communicated to all concerned.). For effective implementation and monitoring of the scheme, if states feel necessity, a district committee could be formed suitably involving the officers/organizations having interest in the field of Animal Husbandry. The Dairy Cooperative Societies, if interested, could also be involved and given responsibility of implementing the scheme wherever possible.

Contents shared By educratsweb.com
Modi 2.0 : Know BJP Big Plans to celebrate 1 Year of Modi Government 2.0 | PM Narendra Modi Plans
Published on Thursday May 28 2020
if you have any information regarding Job, Study Material or any other information related to career. you can Post your article on our website. Click here to Register & Share your contents.
For Advertisment or any query email us at educratsweb@gmail.com 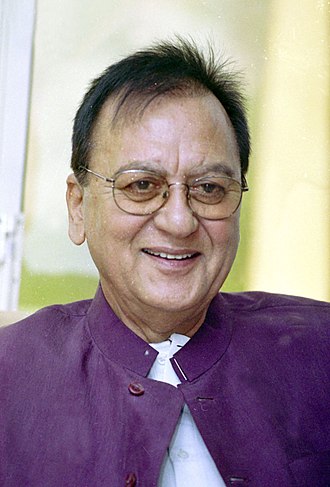 Sunil Dutt - (born Balraj Dutt; 6 June 1929 – 25 May 2005) was an Indian film actor, producer, director and politician. He was the Minister of Youth Affairs and Sports in the Manmohan Singh government (2004–2005). His son is actor Sanjay Dutt and his daughter Priya Dutt is a former Member of Parliament. #29May