6.Find the incorrect statement
Ans : A tributary is a river which, leaves the main river and flows separately.

7. The state of india which has the largest wind farm cluster?
Ans : Tamilnadu

8. Identify the correct group of states where rubber  is mainly grown?
Ans:  Kerala, Tamilnadu,Karnataka, Andaman and Nicobar and Garo Hills

9. Nagarjuna Sagar Dam is suituated in which state of India?
Ans : Andhra Pradesh

10. The Chilka lake region is situated between the deltas of
Ans: Mahanadi and Godavari

13. During whose reiga did hiuen Tsang visit the Chalukya kingdom?
Ans : Pulakesin II

14.Rajya Sabha Can Delay a money bill passed by Lok Sabha?
Ans : Not more than 14 days

15.Who has the right under the constitution to seek opinion of the supreme Court on question of law?
Ans : President of India

16. As per article 170 of the Constitution of india, the maximum strength of legislative assembly members can not exceed ____ members chosen by direct election from territorial constituencies in the state.
Ans : 500

17. Schedule 8 of the constitution of India deals with
Ans : Languages

19. Which of the following is not correctly matched?
Ans :  Fachometer

20.The Finance Ministry has kept some services under the negative list which means
Ans : ?

21. The Compounds leading to origin of life were
Ans : Proteins and nucleic acids

23. The Cricketer from which country created a world record on January 1, 2014 by scoring the fastest ODI century off 36 balls?
Ans : New Zealand

24. Which of the following is not a natural environment?
Ans : Pond 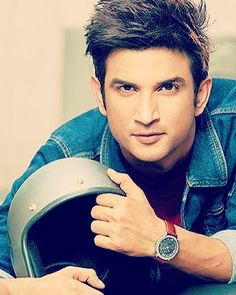 educratsweb provide the educational contents, Job, Online Practice set for students.
if you have any information regarding Job, Study Material or any other information related to career. you can Post your article on our website. Click here to Register & Share your contents.
For Advertisment email us at educratsweb@gmail.com
Search | http://educratsweb.com/content.php?id=1787