Earn real cash for your account activity, popular posts, and your referrals to Webtalk. 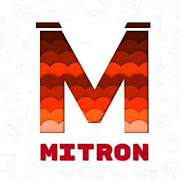 Many short video apps have emerged like Tiktok, Dubsmash, Like, Halo and more which have been intriguing the audience around the world with their incredible content. Similarly, a new Indian app called Mitron App has been launched on the World Wide Web which enables a user to make short videos and earn followers for their content. Users can get likes and find themselves getting famous on the search column of the app.

Mitron is a free Short Video and Social Platform. It is designed for people to showcase their innovative videos inline with our theme of light humor. Mitron provides an easy and seamless interface for users to create, edit and share their videos, and at the same time browse through a library of top videos across the globe.

Mitron mission at Mitron is to create a platform where people can come and entertain themself with small videos posted by people across the globe and at the same time create a social incentive for people to share and create their own videos.

How to Use the Mitron App?

The Mitron mobile app can be used easily. The interface is similar to Tiktok app, just scroll up and down to watch short videos. If a user wants to create their own short video, then they will have to sign in into the app with a username and password. After signing in into the app, click on the video button which is at the bottom centre of the app-screen. Then, record your video, edit it, and hit publish. Once you have published the video, it will be on your profile for people to watch for free.

Is this App is an Alternative of the chines App which is (TikTok)? Mitron vs TikTok