Railway Ministry has requested State Governments to ensure proper planning and coordination about Shramik Trains and see that projected demand for movement of stranded persons by rail mode is well chalked out and determined.

“Shramik Specials” are running on some of the most densely trafficked corridors which carry essential freight like coal for power plants, food grain, fertilizer, cement, etc. Railways have maintained a high level of loading of commodities to ensure that the essential supply line is maintained. Railways also ran a large number of time-tabled parcel trains to deliver agri produce, medicine and other essential items during this period.

While Railways have been able to place rakes on demand by States for “Shramik Specials”, there have been several instances where the passengers have not been brought to the station and notified trains have been cancelled. Some of the States have also not been giving consent to the sending States, preventing transportation of a large number of migrant labour for those States.

Under the orders issued by Ministry of Home Affairs (MHA) dated 01.05.2020 and 19.05.2020, Indian Railways (IR) have been operating Shramik Special Trains for movement of stranded persons, in coordination with the state governments. So far, more than 4000 Shramik Special services have been operated by Indian Railways to transport approximately 54 lakh stranded persons to their destination states, observing the guidelines and the protocols given by MHA and the Ministry of Health & Family Welfare (MOH&FW).

Railways have been able to accommodate almost all the requests received from the sending States till date. Many states have now reduced their requirements indicating that the task is nearing completion. It may also be noted that nearly 75% of the trains were bound for Uttar Pradesh and Bihar and most of the balance trains were also headed towards Eastern India. Railways have also come forward to help several State Governments to meet the requirement of Intra-state movement of people by organizing such trains at their request.

The Hon’ble Supreme Court of India, in its order dated 28th May 2020, has also issued interim directions for mitigating the difficulties faced by the migrant workers and has desired that an estimated time period and the plan for transportation of all stranded workers be intimated.

According to a letter from the Ministry to the States, while the nominated Nodal Officers of the Railways have been interacting on this matter with the states and getting a rough estimate on requirement of trains, it is necessary to get an objective estimate of the requirements of Shramik Special Trains. The Ministry has emphasised that states must indicate the projected number of Shramik Special Trains required for the residual movement of stranded persons from the state along with the tentative schedule for movement of these trains through an official communication. The Indian Railways will schedule trains immediately based on the requirement projected by State Governments/UTs in consultation with the nodal officers of States/UTs.

Indian Railways has also assured that it will provide additional Shramik Special trains for any requirement given in future also. 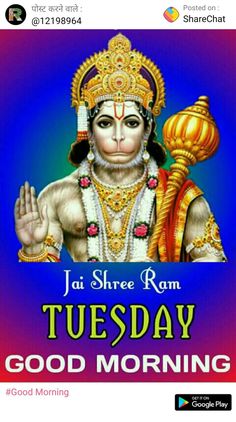