The Earth's magnetic field lines are nearly horizontal over magnetic equator due to which equatorial ionosphere is a bed for a variety of plasma instabilities to cause plasma disturbances and plasma irregularities. These plasma irregularities pose severe problems to the communication and navigation systems and interfere with surveillance operations as well as disruption in detection and tracking of aircraft, missiles, and satellites.

A multi-instrument based ionospheric study of space weather storms over India by the Scientists from the Indian Institute of Geomagnetism (IIG) an autonomous institute under the Department of Science & Technology (DST) have found that the occurrence of equatorial spread F (ESF) irregularities and GPS scintillations are significantly affected by the geomagnetic storms depending upon the time of the onset of the geomagnetic storm. The Equatorial Spread-F (ESF) caused due to the F region plasma irregularities is a complex phenomenon encompassing a wide range of scale sizes of irregularities in electron and ion densities as well as in electric fields. They also produce ionospheric scintillations in VHF and GPS receivers when radio wave traverses through the ionosphere.

They have also found that during geomagnetic storms, partial enhancement in pre reversal enhancement (PRE) (an eastward electric field enhancement before turning the westward near the sunset hours in the equatorial ionosphere) in the zonal eastward electric field occurs during post-sunset resulting in around 30% increase in spread F instead of total inhibition during equinox and winter seasons. The PRE is believed to be produced by F region dynamo, where it causes F region of the ionosphere to rise to very high altitude due to sudden increase of the eastward electric field. The study published in the Journal of Geophysical Research showed occurrence of ESF in summer is suppressed by around 75% due to a partial increase in PRE. The researchers observed pre-sunrise height enhancement mostly during winter, which caused ESF to occur at around 50%, followed by equinox and summer.

Understanding the thermosphere‐ionosphere-magnetosphere interactions that control the electrodynamics behind dynamical evolution of ionospheric irregularities under disturbed periods like geomagnetic storms is most important in developing and maintaining communication and navigation systems.

Accordingly, the electrodynamics under these major space weather events was studied using the chain of a ground-based special type of radar Doppler ionosondes along with GPS Receivers over India for the examination of the equatorial and low latitude ionosphere.

In this present study conducted by Dr. Ram Singh under the guidance of Dr. S. Sripathi from IIG, the coupling of high latitude electric fields, winds, and traveling ionospheric disturbances (TIDs) on the equatorial and low latitude ionosphere were investigated during three major space weather events that occurred on 17th March, 23 June, and 20 December 2015. These three magnetic storms were strong geomagnetic storms during the complete solar cycle-24 (cycle that the Sun’s magnetic field goes through approximately every 11 years).

The scientists observed remarkable increase of virtual height of the ionosphere to as high as 560 km over magnetic equator with vertical drift of 70 m/sec due to strong eastward direct penetration electric field which caused intense Equatorial spread F (ESF) irregularities in ionosondes and L-band scintillations in the GPS receivers across Indian region on 17th March.

Nocturnal thermospheric meridional winds, as estimated through the study using two ionosondes during this storm night, suggested the equatorward surge of gravity waves in a period of 2 hrs. The suppression of anomaly crest over Indian longitude on the next day of the storm is linked to the westward disturbance dynamo electric fields and disturbance wind effects.

Besides, the scientists also found that enhanced winds during geomagnetic storms can either add or suppress the existing ion densities to produce either positive or negative stormsthat modify the electrodynamics of the ionosphere, thereby influencing navigation and communication that form a crucial part of our lives.

Figure-1: (A) a sketch of the geometry of vertical ionospheric sounding, N(h) represent profile of the electron density variation with altitude, f is the transmitted frequency of the radio wave, and fN is the ionospheric plasma frequency. (B) shows the location of ionosondes and GPS receivers superposed onto the India map.

How Swami Vivekananda Prayed During Crises? (in Hindi) #Motivational - Published on Friday July 3 2020
if you have any information regarding Job, Study Material or any other information related to career. you can Post your article on our website. Click here to Register & Share your contents.
For Advertisment or any query email us at educratsweb@gmail.com 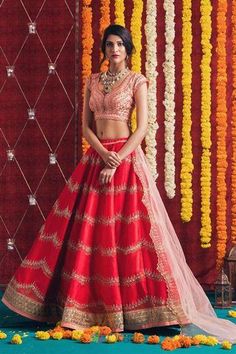