Are you looking for Japanese translation services?

Outside of Japan and the Okinawa islands, Japan is spoken as the first language by approximately two million people: immigrants who settled in Brazil (800,000 descendants of Japanese, the number of people whose mother tongue is Japanese is unknown), other countries from South America, Hawaii (180,000) and other parts of the United States.

Another 800,000 people who speak Japanese as their native language reside outside of Japan due to a temporary change of residence for business or educational reasons. On the other hand, Japanese is spoken fluently or almost as a mother tongue by millions of people in Asia who lived under the occupation of the Japanese army before the defeat of Japan at the end of the Second World War.

Today, due to interest in the unique culture of Japan, as well as its stature as a world economic power (Japan was ranked, for a time, as the second most powerful industrial nation in the world), the drive to learn and teach Japanese as a second language, it has intensified significantly. Japanese is taught today in many primary and secondary school programs, as well as in universities, in various Asian and Western countries, and is classified as one of the most intensively studied languages ​​in the world.

Approximately 800,000 people of Japanese descent reside in Brazil; many of them speak Japanese as their mother tongue. These colonizers went to Brazil from the beginning of the 20th century, and have retained much of their linguistic and cultural identity. Thousands more settled and reside in other parts of South America, particularly in Peru, Argentina, Bolivia, and Paraguay.

The origin of the Japanese language is one of the most disputed linguistic issues. Japanese grammar is similar to that of the Altaic languages, such as Mongolian or Manchu, but on the other hand, it has a phonetic system with a limited set of consonants and a preference for open syllables that recalls Austronesian languages, which seems to have originated in Taiwan. Perhaps the solution lies in a common ancestor of the Austronesian and Altaic families who could also be the direct ancestor of the Japanese.

One of the persistent myths held by the Japanese about their language is that it is unique. This myth stems from a superficial comparison between Japanese and closely related Indo-European languages ​​such as English, German and French and their obvious disparities. Another myth is that Japanese, compared to Western languages, especially French, is illogical and / or ambiguous. This belief, as remarkable as it may be, is professed by certain Japanese intellectuals well versed in European languages ​​and philosophy.

Their conviction is a reflection of the inferiority complex that these intellectuals have towards Western civilization, since the modernization of Japan only began after the Meiji Restoration in 1867. Before that date Japan had maintained a feudal system and a closed-door policy towards the rest of the world for almost 250 years.

If you choose to work with a professional agency, you are being wise, as these agencies are always ready for all kinds of challenges and have proven their reliability in meeting the deadlines of the most difficult English to Japanese translation jobs. Also, these agencies offer unparalleled translation solutions to its clients when it comes to human translation.

These are some of the service that agencies can offer you: Legal Translation (translation of patents, contracts and legal issues), Sworn translation (Professional translation accredited by your local Ministry of Foreign Affairs), Japanese English Interpreters (Native Japanese with deep knowledge of your local culture), Japanese Business Consultant (consulting on cultural and business practices in Japan), layout and design (agencies use the most widely used editing software for modern marketing. Freehand, Adobe Indesign, Illustrator, QuarkXpress, Dreamweaver, Photoshop, CorelDRAW, Pagemaker, Framemaker, etc. Also in Windows PC environment, Macintosh and Linux) and Japanese Voice Recordings (Professional recordings of Japanese voices to give your presentations character. Warm voices from radio and television broadcasters).

Subscribe via Email (Powered by Google FeedBurner)
if you have any information regarding Job, Study Material or any other information related to career. you can Post your article on our website. Click here to Register & Share your contents.
For Advertisment or any query email us at educratsweb@gmail.com
We would love to hear your thoughts, concerns or problems with anything so we can improve our website educratsweb.com ! email us at educratsweb@gmail.com and submit your valuable feedback.
Save this page as PDF | Recommend to your Friends 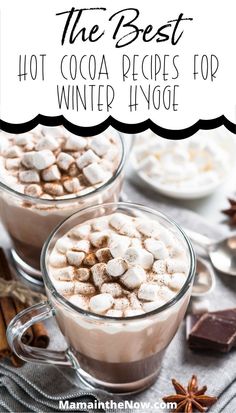 educratsweb provide the educational contents, Job, Online Practice set for students.
if you have any information regarding Job, Study Material or any other information related to career. you can Post your article on our website. Click here to Register & Share your contents.
For Advertisment email us at educratsweb@gmail.com
Search | http://educratsweb.com/content.php?id=3053