educratsweb.com >> ONE NATION ONE RATION CARD - JOURNEY SO FAR AND JOURNEY AHEAD - EDUCRATSWEB.COM

One Nation One Ration Card - Journey so far and journey ahead

The implementation of One Nation One Ration Card (ONORC) plan is one of the top priorities of Department of Food & Public Distribution, Government of India to provide an option to all eligible ration card holders/beneficiaries covered under NFSA to access their entitlements from anywhere in the country. Under this plan, the distribution of highly subsidized food grains is enabled through nation-wide portability of ration cards through the implementation of IT-driven system by installation of ePoS devices at FPSs, seeding of Aadhaar number of beneficiaries with their ration cards and operationalisation of biometrically authenticated ePoS transactions in the State/UTs.

The progress of implementation of this plan is regularly reviewed by Union Minister of Consumer Affairs, Food &Public Distribution Shri Ram Vilas Paswan through time to time meetings and video conferences with State Food Ministers and State Food Secretaries. During the last few months, the Minister has convened a number of such video conferences on 13/04/20, 22/05/20 and 18/06/20. Besides, Secretary (DFPD) and Joint Secretary (PD) have also reviewed the implementation progress very closely with all States/UTs through multiple video conferences, etc. and all technical and administrative support is extended to States/UTs for timely resolution of any issues and challenges. All States/UTs have shown their willingness to rollout the national portability under ONORC and almost all of them have signed the Memorandum of Understanding (MOU) with this Department.

Further, concerted and regular efforts are being made by the DoFPD to enable the facility of One Nation One Ration Card in remaining 12 States/UTs (including 2 DBT Cash Transfer UTs) before March 2021, depending by preparing States/UT governments.

Following are some key issues being pursued with remaining 12 State Governments/ UT Administrations; and the milestones have to be complied by the respective States/UTs: 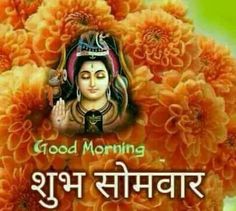 Recruitment of Faculty Vacancy in University of Kashmir 2021 228