Dr. Harsh Vardhan, Union Minister for Health and Family Welfare had presided over a meet to commemorate the platform’s completion of 1.5 lakh on 9th of August. The platform has  registered double that number of consultations within a month since then. One lakh of these tele-consultations were held in the last 20 days. The platform had completed the first 1,00,000 consultations on 23 July 2020, and the subsequent 1,00,000 on 18 August 2020 within a span of 26 days.

Ensuring physical distancing, the telemedicine service connects doctors with patients. It has provided essential healthcare at a critical time when conventional medicine is perceived to be risky owing to the nature of the infectious disease.

eSanjeevani platform supports two types of telemedicine services viz. Doctor-to-Doctor (eSanjeevani) and Patient-to-Doctor (eSanjeevani OPD) Tele-consultations. The former is an important pillar of the Ayushman Bharat Health and Wellness Centre (AB-HWCs) programme. This was rolled out in November 2019. It aims to implement tele-consultation in all the 1.5 lakh Health and Wellness Centres in a ‘Hub and Spoke’ model, by December 2022. States need to identify and set up dedicated ‘Hubs’ in Medical Colleges and District hospitals to provide tele-consultation services to ‘Spokes’, i.e SHCs and PHCs.

The Health Ministry rolled out the second tele-consultation service ‘eSanjeevaniOPD’ enabling patient-to-doctor telemedicine on 13th April of this year owing to the COVID-19 pandemic. This has proved a boon in containing the spread of COVID while simultaneously enabling provisions for non-COVID essential healthcare.

eSanjeevani has been implemented by 23 States so far and other States are in the process of rolling it out. Tamil Nadu alone has contributed 97,204 consultations and all are on the eSanjeevaniOPD app. Uttar Pradesh is second with 65,173 total consultations. 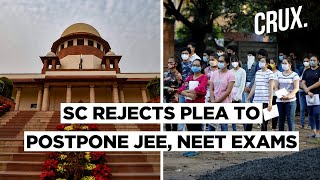