Prime Minister Shri Narendra Modi in a message at the inaugural session of First World Solar Technology Summit read out by Shri R.K. Singh, the President, International Solar Alliance (ISA) Assembly and Minister of State (I/C) for Power and New & Renewable Energy, said, today, that technology holds the key to scale up the use of solar energy. Technological achievements have already brought about a significant reduction in the price of solar power. A further reduction in the cost will provide a major boost to the use and expansion of renewable energy. He expressed confidence that the summit will help in help in developing new technologies and ensure that they become available to all.

World Solar Technology Summit (WSTS) organised by ISA and FICCI today aims to bring together key stakeholders - leading academic scientists, technology developers, researchers and innovators to present and discuss the recent highlights of solar technologies, cost-wise; technology-wise, technology transfers, challenges and concerns in the field. The main objective of WSTS is to showcase to member countries the state of the art and next-generation solar technologies worldwide and to give an opportunity to decision-makers and stakeholders to meet, and discuss their own priorities and strategic agenda towards a larger integration.

Prime Minister re-iterated that Five years ago, world leaders had taken a pledge to restrict the rise in global temperature through a gradual reduction in the dependence on fossil fuels. Underlining India's commitment lowering carbon footprints, he stressed that India has lowest per-capita carbon emissions in the world but we have still pressed ahead with deployment of renewable energy at a frenetic pace.”

Speaking on fast growth of Renewables in India, he further informed that India has enhanced its installed renewable capacity by 2.5 times and increased our solar installed capacity by more than 13 times. "Globally India now ranks 4th in terms of Renewable power,” Shri Modi said.

Prime Minister also informed that we have scaled our non-fossil fuel-based power generations to 134GW, which is about 35 % of our total power generation. We are confident of increasing it to 220 GW by 2022. "We want to take renewable energy to every village of our country. Our government has implemented a scheme named KUSUM that aims to replace the use of diesel in our farm sector with solar energy. Under this scheme, we have targeted the solarisation of 2.8 million irrigation pumps. Such schemes will not only benefit the environment, but also increase the income of our farmers.” he said.

The Prime Minister also said, “The ISA is a part of “One Word One Sun One Grid” project, I firmly believe that this project can bring transformational benefits for the entire humanity.

Lauding the role of the ISA for making rapid strides since its launch at the UN Climate Change Conference in Paris on 30 November 2015 by Hon’ble Prime Minister Narendra Modi and the then French President, Shri Pradhan said that as the latest inter-governmental international organization with its headquarters in India, ISA is not only a testament to India's unwavering faith in multilateralism but also a commitment to a better, sustainable and greener future. He said that the Alliance reflects the vision and the firm belief that the beneficence of the Sun could be used to bring together the peoples of this planet for a shared solution to our energy needs.

The International Solar Alliance (ISA) is a treaty-based international intergovernmental organization. ISA was jointly launched by India and France in the presence of Secretary General of the UN during CoP21. The Paris Declaration establishes ISA as an alliance dedicated to the promotion of solar energy among its Member Countries. The major objectives of the organization include deployment of 1000 GW of solar capacity and mobilization of US$ 1000 billion of investment in solar energy sector by 2030. As an action-oriented organization, ISA intends to bring together member countries to aggregate demand and realise economies of scale, resulting in reduction of costs of solar applications, facilitating deployment of existing solar technologies at scale, and promoting collaborative solar R&D and capacity. As on June 26 2020, the ISA Framework Agreement has been signed by 86 countries, with 68 having also deposited instruments of ratification. The ISA is headquartered at Gurugram in Haryana, India. Mr. UpendraTripathy is the Director General. 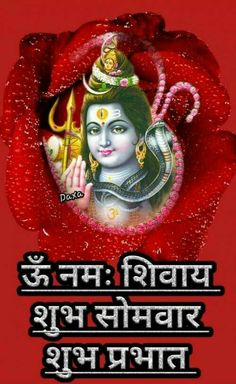