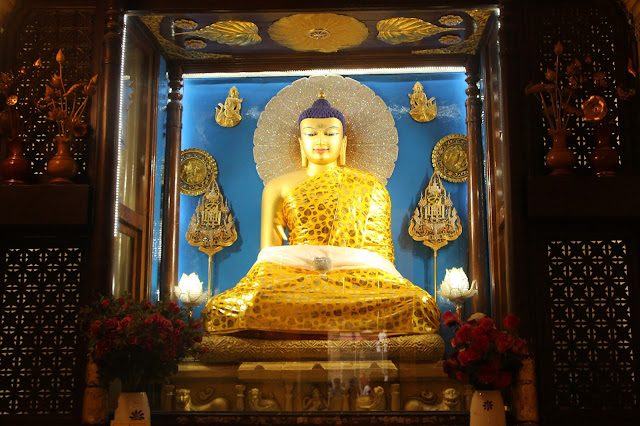 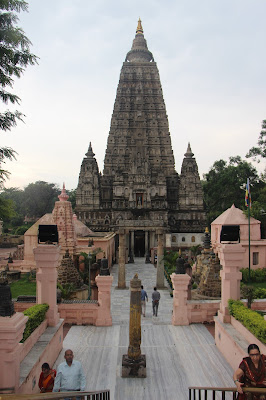 A.      The Temple :-
In the 6th century B.C prince Siddhartha Gautam attained the supreme enlightenment at this holy place and became the Buddha . In commemoration there of emperor Ashoka set up the Vajrasana ( Diamond Thorne) of polished sandstone representing the seat of enlightenment in the 3rd century B.C. during the Sunga period (2nd century B.C.) . A sandstone railing was erected around it . The present Mahabodhi temple was constructed in the 6th century A.D. 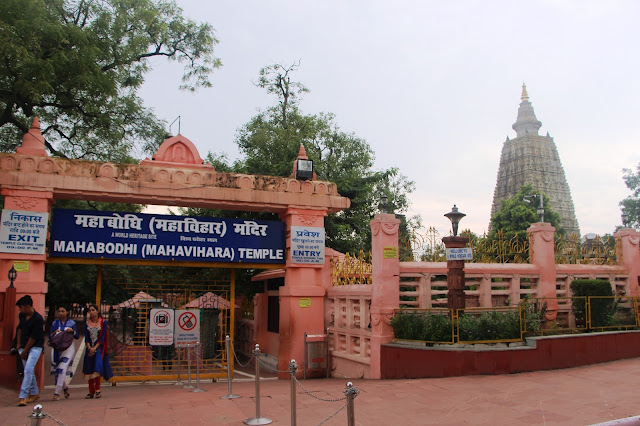 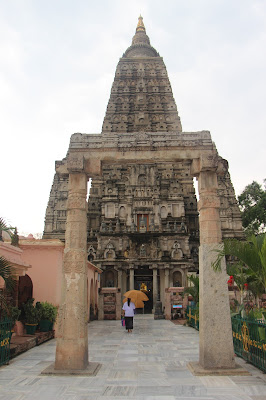 The temple underwent several restorations, renovations and repairs in subsequent periods in which the Burmese greatly contributed in 1883. A very thorough and scientific renovation of the temple was done under the supervision of the British Archaeologist Sir A Cunningham and J.D.M Beglar and the Indian Archaeologist

Dr Rajendra Lal Mitra . Again in 1956 on the occasion of 2500th Buddha Jayanti celebration, the government of India did some repair works and enlarged the premises of the Mahabodhi Temple. According to Chinese chronicles, this was fully restored by the Sinhalese Kings with an entire kings wealth given to Samudragupta. 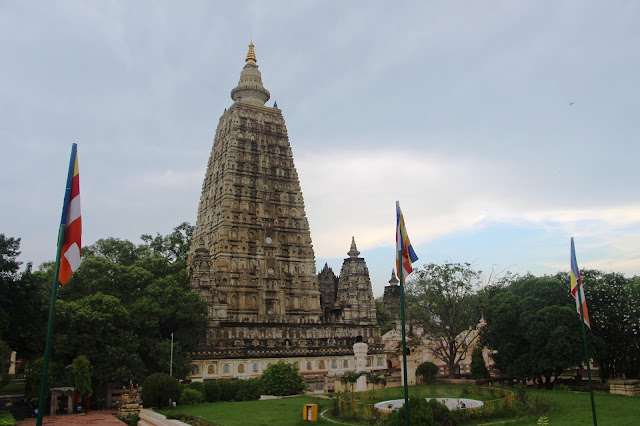 This is the most Sacred place of Buddhist pilgrimage. Mahabodhi Temple has been inscribed on the World Heritage List of the convention concerning the protection of the world culture and natural heritag. Inscription of this list confirms the exceptional universal value of a culture or natural site which deserves protection for the benefit of all humanity. 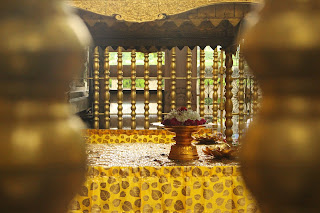 B. Bodhi Pallanka :-
(The Place of Enlightenment )

Prince Siddhartha attained Buddhahood ( Full enlightenment) in the year 623 B.C on the Vaisakha full moonday sitting under this peepul, Ficus religiosa (Bodhi) tree.The Vajrasana or the diamond thorn which is under this Bodhi tree is the central place of worship. During the first week after enlightenment, the Buddha sat under the bodhi tree experiencing the happiness of freedom and peace. He was free from disturbing thoughts, calm and blissful. The tree was also destroyed many times. The one that stands now is approximately 100 years old taken from Sri Maha Bodhi in Sri Lanka which was planted in 288 BC, making it the oldest verified specimen . 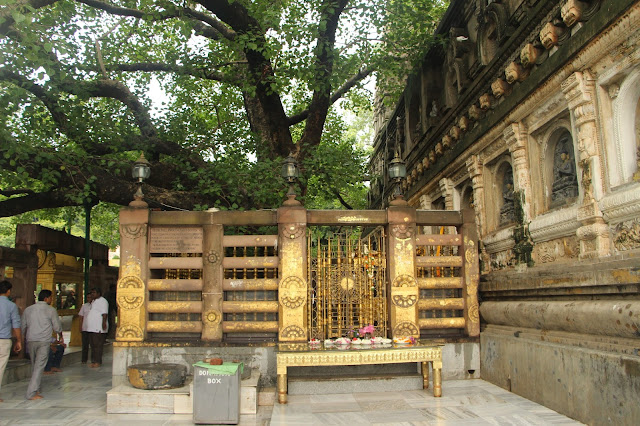 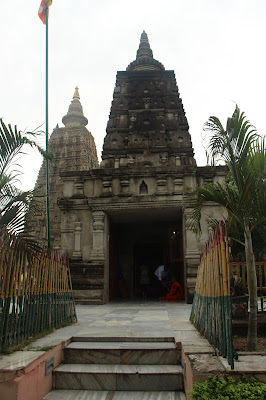 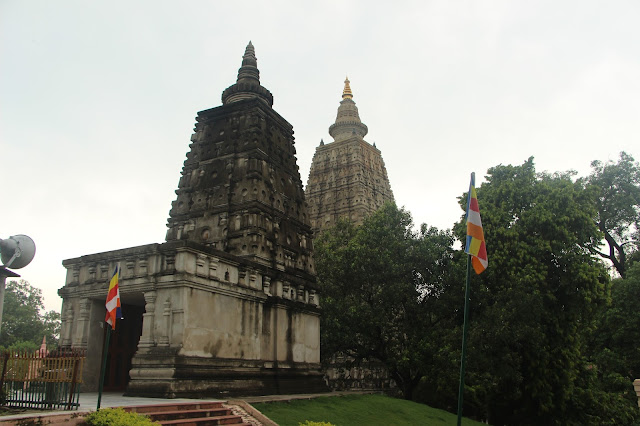 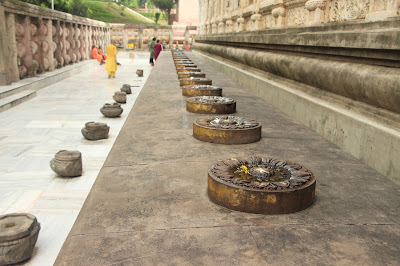 Lord Buddha spent the third week here walking up and down in meditation . On the platform lotuses indicate the places where the loads feet rested while walking . 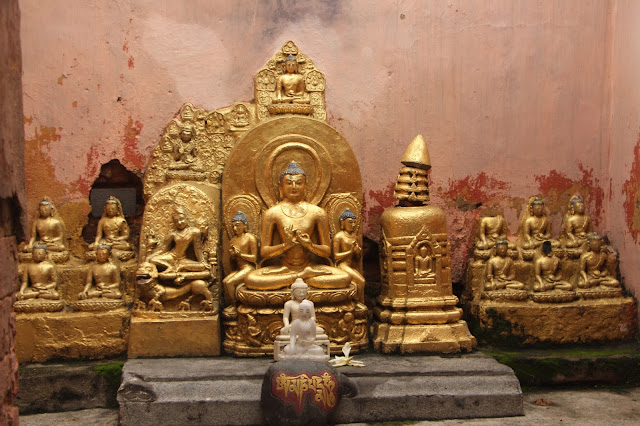 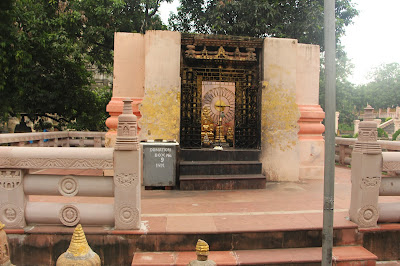 Lord Buddha spent the fourth week here in meditation reflecting on the Patthana or the Causal law. 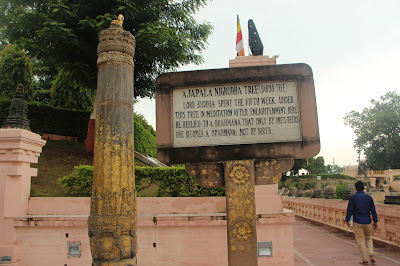 Lord Buddha spent the fifth week under this tree in meditation after enlightenment. Here he replied to a brahman that only by ones deeds one becomes a Brahman, not by birth. 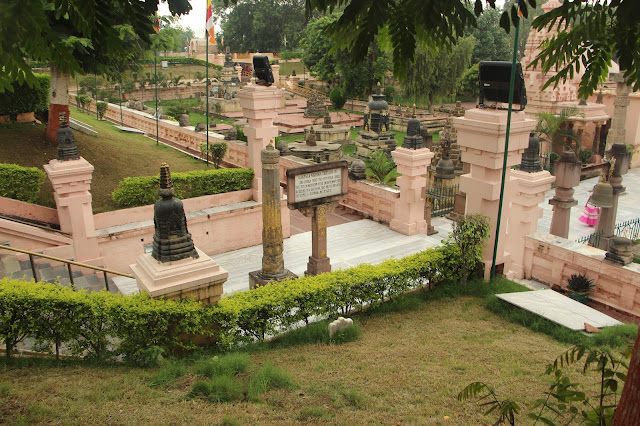 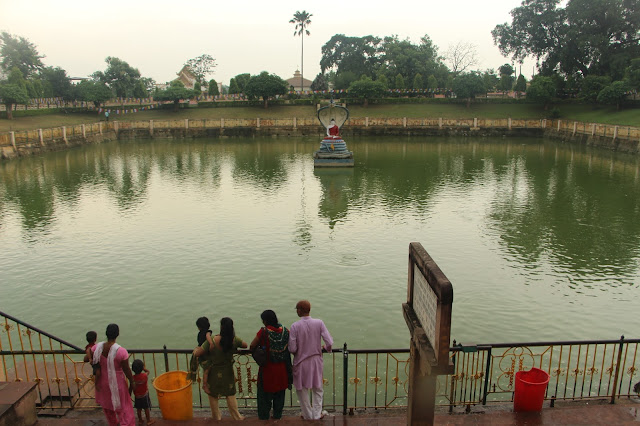 Lord Buddha spent the sixth week in meditation here . While he was meditating severe thunder storm broke out . To protect him from the violent wind and rain even the creatores came out for his safety .

After enlightenment lord Buddha spent the seventh week here in meditation . At the end of Meditation . two merchants – Tapussa and Bhallika offered rice cake and honey to the lord and took refuge – “ Buddham Saranam Gacchami, Dhammam Saranam Gacchami “,
( Sangha was not founded then ). 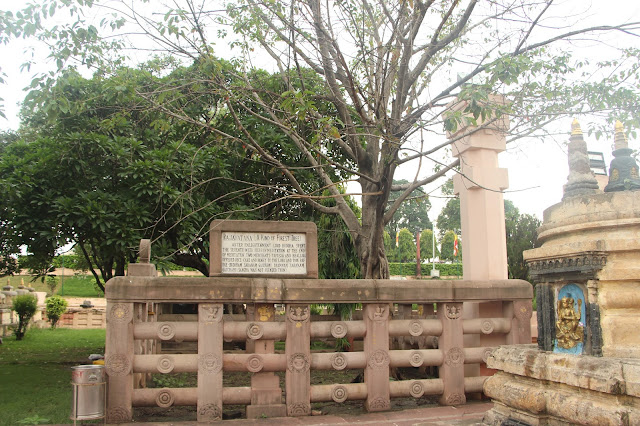 educratsweb provide the educational contents, Job, Online Practice set for students.
if you have any information regarding Job, Study Material or any other information related to career. you can Post your article on our website. Click here to Register & Share your contents.
For Advertisment email us at educratsweb@gmail.com
Search | http://educratsweb.com/content.php?id=3992