Katyayani Asthan is situated at distance of approximately 12 kms. From the Districtheadquaters, on the bank of river Koshi, between the stations Badlaghat and Dhamaraghat , which are stations on Mansi-Saharsa rail line. Temples of Ma Katyayani , as well as of Ram, Lakshman and Ma Janaki is situated at this place. Every Monday and Friday , large number of devotees come to this place for offering puja. As per the local folk traditions, Ma Katyayani is worshiped in two forms in this area. Some devotees worship Ma Katyayani as Sidh Peeth, while a large number of devotees worshiped as Lok Devi- Devi of Milk Cattles. That is why devotees offer raw milk to the deity.

It is said that Rishi Katyayan was performing Tapasya on the bank of river Kaushiki(now Koshi) when Ma Durga- the deity of Shakti took ‘avtar’ in child form and was accepted by Rishi as his daughter. Hence she is called Katyayani. Another story says that around 300 years ago, this place used to be dense forest. One day a devotee Shripat Maharaj saw Ma Katyayani in dream and as per her directions constructed an earthen Temple at that place and started worshiping her. In the year 1951, the temple was reconstructed. Lack of proper communication and the inaccessibility of the place by road has hampered the development of this area. 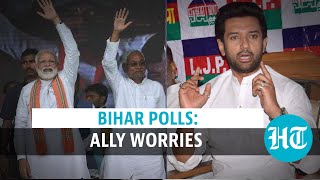