1.   Scheduled Castes (SCs), who constitute 16.6% of our population as per 2011 Census, have historically suffered social and educational disabilities and economic deprivation arising therefrom. Accordingly, special provisions have been enshrined in the Constitution for advancement of their interests. These provisions range from measures to remove any kind of social disabilities imposed on them to ensure equality of opportunity in every sphere, to measures of positive discrimination to bring them on par with rest of the population.

2. Article 46 of Part IV ("Directive Principles of State Policy") of the Constitution enjoins upon the State to promote with special care the educational and economic interests of the weaker sections of the people, in particular, of the Scheduled Castes and the Scheduled Tribes. Article 38 (2) in the same Part also enjoins upon the State to minimize inequities in income, and to endeavor to eliminate inequalities in status, facilities and opportunities, not only amongst individuals but also amongst groups of people residing in different areas or engaged in different vocations.

3.  The Government has hence taken a number of initiatives for development of SCs, which have yielded positive outcomes, and have also resulted in narrowing the gap between the Scheduled Castes and the rest of the population. However, the focus of most welfare Schemes of SCs has been mainly cantered on individual beneficiaries rather than on the integrated development of SC pockets.

4.  To enable an area based development approach, a new scheme called the Pradhan Mantri Adarsh Gram Yojana (PMAGY) was launched on a Pilot basis during 2009-10, following the Finance Minister’s declaration in his Budget Speech delivered on 6.7.2009. The Scheme aims at integrated development of villages in which the population of Scheduled Castes is above 50%. A total of 1000 villages from Tamil Nadu (225), Rajasthan (225), Bihar (225), Himachal Pradesh (225) and Assam (100) were selected for the Pilot phase.

Expansion of the Scheme:

6. In light of the benefits accruing to the residents of the villages through successful implementation of the Scheme, it has been decided to take up more villages in the Phase-II. All those districts are considered which have villages having total population ≥500 and with more than 50% persons belonging to the Scheduled Castes. Up to 10 such villages in descending order of SC population are proposed to be selected from each such district for implementation of the Scheme in this new Phase.

7.          To ensure all round development of the selected villages, so that they can indeed become ‘Adarsh Grams’, the said Scheme has been recently revised to capture the Gaps in critical socio-economic ‘Monitorable Indicators’ as part of various sectors/domains. These domains include water and sanitation, education, health and nutrition, agricultural best practices etc. amongst others.

8.          The identification of needs or Gaps with regard to the ‘Monitorable Indicators’ will be based on a Need Assessment exercise. The ‘Village Development Plan’ (VDP) will be based on the data collected as part of the Need Assessment exercise. The Scheme relies heavily on convergence with other initiatives of the Central and State Governments for ensuring that the minimum infrastructure and critical services are made available to all the persons in the village, especially those belonging to the Scheduled Castes. PMAGY will provide the platform for convergent implementation of other Schemes with the aim to achieve saturation in the various domains. Whereas it is expected that the major portion of the funds requirement for

implementation would be met from other Central or State Schemes, the ‘Gap-filling’ funds will be provided under the Scheme, for those areas which cannot be covered otherwise.

Funding under the Scheme:

9.      For every new village selected, the Scheme provides for a total of Rs. 21 lakh of which Rs.20.00 lakh is for the ‘Gap-filling’ component and Rs.1.00 lakh is meant for ‘administrative expenses’ at the Centre, State, District and Village level in the ratio of 1:1:1:2. Initially, 50% of the admissible grant i.e. Rs.10.40 lakh per new village (including Rs. 10 lakh for ‘Gap-filling’ and Rs. 40, 000 for ‘administrative expenses’) will be released to the State Govt. either through PMAGY or through the infrastructure component of the Scheme of SCA to SCSP, or both. The remaining 50% of funds for the new villages would be released after due appraisal by the Central PMAGY Steering-cum-Monitoring Committee and only after reasonable physical and financial progress is achieved.

10.  In addition to the newly selected villages, villages already implementing PMAGY in Phase-I will also receive an additional round of funding so that they are also able to achieve the desired goals for the socio- economic indicators now specified under the new Scheme Guidelines, provided they meet the revised eligibility criteria. For these villages, the Scheme provides for a total of Rs. 10 lakh of which Rs. 9.50 lakh is for the ‘Gap-filling’ component and Rs. 0.50 lakh is for ‘administrative expenses’ at the Centre, State, District and Village level in the ratio of 1:1:1:2.

12.  The Scheme provides for setting up of various levels of Committees for guidance, monitoring and implementation. These Committees, especially the Convergence Committees at the Village, District and State levels, are crucial to the implementation as they would assess the requirements as well as plan and execute the works/services that are needed to be undertaken under various Schemes for the wholesome development of the villages.

For details about the Scheme you may please visit the http://pmagy.gov.in/

No New Schemes To Be Launched Till March 2021
Published on Friday June 5 2020
if you have any information regarding Job, Study Material or any other information related to career. you can Post your article on our website. Click here to Register & Share your contents.
For Advertisment or any query email us at educratsweb@gmail.com 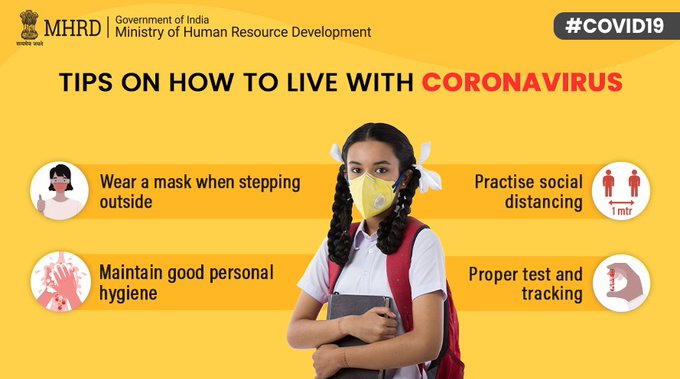