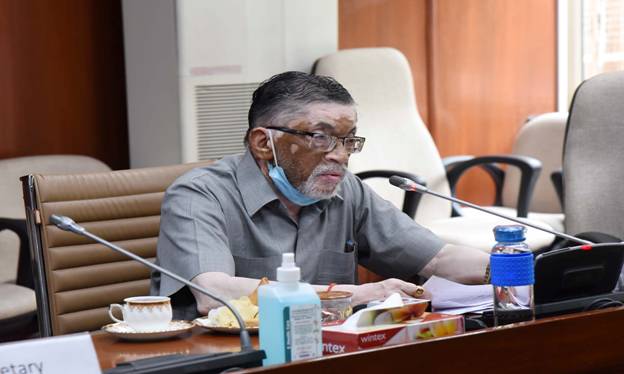 educratsweb.com >> MINISTER OF LABOUR AND EMPLOYMENT SHRI SANTOSH GANGWAR RELEASES PAMPHLETS ELABORATING A SLEW OF MEASURES FOR WELFARE OF WORKERS AND THEIR FAMILY MEMBERS DURING THE PANDEMIC - EDUCRATSWEB.COM

Minister of Labour and Employment Shri Santosh Gangwarhas said that the government is committed towards the health, safety and welfare of workers.Releasing pamphlets, elaborating a slew of measures towards the welfare of workers and their family members during the pandemic here today, he said, our endeavour is to ensure the facilities reach the people for whom these have been formulated. The Minister said the government is cognizant of the evolving situation under the pandemic. He said,the Ministry would continue, if needed, to go extra miles in a resilient and responsive manner to protect the health and lives of workers and their family members, along with protecting them from hardships in these challenging times.

The Minister said, the Ministry has widened, broadened and enhanced social security benefits to the workers and that too without any additional financial obligation on the employers. The provisions of social security under ESIC and EPFO schemes are now much more relaxed and aimed at addressing the fear and anxiety of workers regarding the health and life of their family members including themselves due to increased transmissivity and fatality under the COVID-19 pandemic.

Under the EPFO’s Employees’ Deposit Linked Insurance Scheme,EDLI, all surviving dependent family members of the members of this scheme are eligible to avail benefits of EDLI in case of death in harness of the member. Presently, under this scheme, the benefits extended in case of death of a worker are - no requirement of minimum service for payment of Gratuity; payment of family pension as per provisions under EPF & MP Act, payment of sickness benefit of 70% of wages for 91 days in a year in the event of worker falling sick and not being able to attend the office. 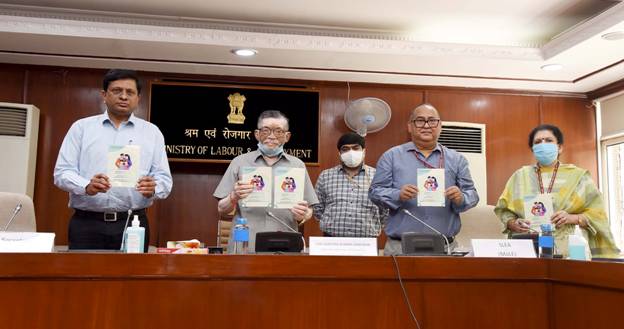 A recent notification issued by the Ministry has also inserted following amendments:

a. The amount of maximum benefit has been increased from 6 lakhs to 7 lakhs to the family members of deceased employee.

d. In coming 3 years, the actuary has estimated that eligible family members would receive an additional benefit of Rs. 2185 crore from EDLI fund in the years 2021-22 to 2023-24.

e. Number of claims on account of death under the scheme has been estimated to be about 50,000 families per year including increase in claims taking into account estimated death of about 10,000 workers, which may occur due to Covid.

Additionally, under ESIC, after death or disablement of the Insured Person (IP) due to employment injury, a pension equivalent to 90% of average daily wage drawn by the worker is available to the spouse and widowed mother for life long and for children till they attain the age of 25 years. For the female child, the benefit is available till her marriage.

To support the families of Insured Persons (IP) under the ESIC scheme, it has been decided that, all the dependent family members of IPs who have been registered in the online portal of the ESIC prior to their diagnosis of COVID disease and subsequent death due to the disease, will be entitled to receive the same benefits and in the same scale as received by the dependents of insured persons who die as a result of employment injury, subject to the following eligibility conditions:

a. The IP must have been registered on the ESIC online portal at least three months prior to the diagnosis of COVID disease resulting in death.

b. The IP must have been employed for wages and contributions for at least 78 days should have been paid or payable in respect of deceased IP during the period of one year immediately preceding the diagnosis of COVID-19 disease causing death.

For the IPs who fulfill the eligibility conditions and have died due to COVID-19 disease, their dependents will be entitled to receive monthly payment @90% of average daily wages of the insured person during their life. The spouse of the deceased worker is also eligible for medical care on nominal contribution of Rs. 120 per year. The scheme also covers COVID-19 related deaths occurring within 30 days after recovery from COVID-19.

The scheme will be effective for a period of two years from 24.03.2020. Shri Gangwar,  said the grievances would be resolved within 15 days for ESIC and less than 7 days for EPFO. The details about redressal of grievances can be found-

For ESIC at the following link:

For EPFO at the following link: 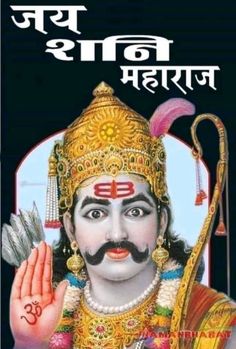