educratsweb.com >> STAND UP INDIA SCHEME EXTENDED UP TO THE YEAR 2025 - EDUCRATSWEB.COM

Stand Up India Scheme extended up to the year 2025

Stand Up India Scheme extended up to the year 2025

As informed by the Department of Financial Services, Ministry of Finance, the Stand Up India Scheme was launched by the Prime Minister on 05th April, 2016 and has been extended up to the year 2025. The objective of the Stand Up India Scheme is to facilitate loans from Scheduled Commercial Banks (SCBs) of value between Rs. 10 lakh and Rs.1 Crore to at least one Scheduled Caste (SC) or Scheduled Tribe (ST) borrower and one woman borrower per bank branch for setting up a green field enterprise in manufacturing, services or trading sector. As on 28.06.2021, a total of 1,16,266 loans amounting to Rs. 26204.49 crore have been extended under the Scheme since inception.

Pursuant to an announcement made by the Finance Minister in the Budget Speech for F.Y.2021-22, the margin money requirement for loans under the Scheme has been reduced from 'upto 25%' to `upto 15%' and activities allied to agriculture have been included in the Scheme. Apart from this, no other change is contemplated in the scheme.

Government does not allocate funds for loans under the Stand Up India Scheme. Loans under the Scheme are extended by SCBs as per commercial parameters, Board approved policies of respective banks and extant RBI guidelines. An amount of Rs. 500 crore each was however released by Government in FY 2016-17 and FY 2017-18 and Rs 100 crore in FY 2020-21 towards the corpus of Credit Guarantee Fund for Stand Up India (CGFSI).

This information was given by Minister of State for Social Justice and Empowerment Sushri Pratima Bhoumik in a written reply in Lok Sabha today. Sources https://www.pib.gov.in/PressReleasePage.aspx?PRID=1737320 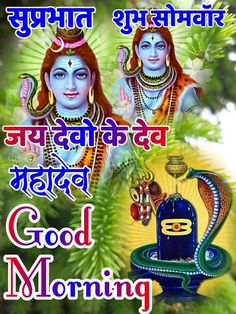